I love photographing people more than anything else.

I love to observe people, sometimes from a distance with a long lens.

Other times, up close with a short lens.

The challenge to me is to see if I can capture a moment when they’ve either forgotten I’m around with my camera or they just don’t mind my presence.

Volleyball jubilation–In sports photography, having long lenses which are fast are a necessity even when film is pushed to ISO 1600 and upwards. The Wadsworth High (Ohio) volleyball team celebrate after wining their championship game.

Either way, my years of being on the streets shooting for the newspaper has taught me it’s not worth trying to sneak a picture of someone.

If someone shows a displeasure of being photographed, I always talk to them to assure them that I’m taking their picture because it’s a fun positive moment and I’m not out to embarrass them.

I’ve never been foolhardy to insist.

That explains why I still have all my front teeth and have never been arrested.

Photography of â€œcandid momentsâ€ require more available light because you often have to freeze a very brief or fleeting facial expression or a quick action.

Using flash is possible, but tricky.

Whenever anyone sees a flash, they tend to stop whatever they’re doing and the spontaneity of the moment is lost.

I was strolling on the Claremont College campus one morning while waiting for an assignment to start when I spied the mascot for a local radio station KSPQ 88.7 FM.

Since I had about 30 minutes to kill, I decided to just tail him.

I was rewarded with the picture above.

I love seeing pictures of people interacting with one another, oblivious of the camera.

It’s not to say that Â awareness of the camera’s presence devalues a picture.

I just think the photographer’s skill really shows when their subject doesn’t make eye contact with the camera.

They’ve waited patiently and invested a lot of time in getting their subjects accustomed to the camera’s presence like in this wonderful picture below fromÂ Jo Chopra’s blog. 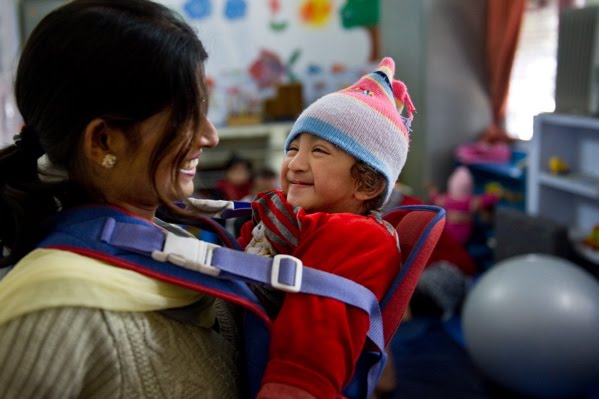 As we age, we get Â more self-conscious so it follows that adults are harder to capture unawares than children.