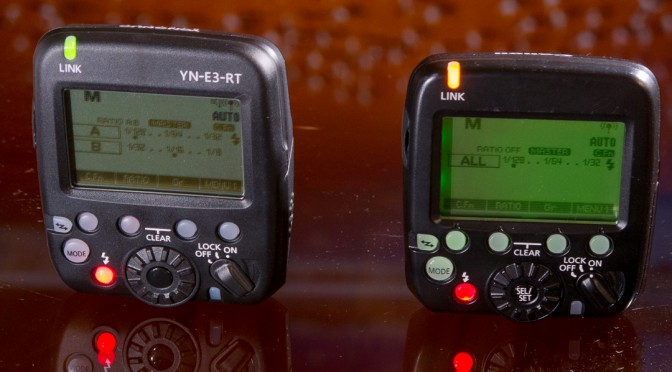 I got my hands on Yongnuo’s YN-E3-RT at the end of last year.

I used it at several ‘event’ type settings and so far I have to say I am pleased with the results.

My first impression of the Yongnuo YN-E3-RT was that it was worth the risk, now that I’ve used it on actual jobs with confidence, I have to say I am very happy with my purchase.

Keep in mind the build isn’t as good as the OEM Canon version.

Here’s a recent image I made using the Yongnuo’s YN E3-RT transmitter.

I was in the Music Room of the Mission Inn Hotel and Spa.

That room is dark even during the day because the lone window is at the back of the room and it doesn’t light the dance floor.

If you photograph enough events like this where there is action on a dance floor, you will realize even if you light the area, either your camera or you need to manually focus on your subjects to make a picture.

Since I don’t run out and buy the latest greatest gear I learn to adapt to the limitations of my equipment.

Presently low light autofocus is something I have to deal with since I shoot with a Canon 5DMark2.

My old eyes are making it harder to focus in low light as well.

So I am very thankful for the built-in autofocus beam of Yongnuo’s YN E3-RT transmitter.

While it is true most of my low light images will have subjects in the middle because of the grid that is emitted, it is still better than not having my subjects in focus.