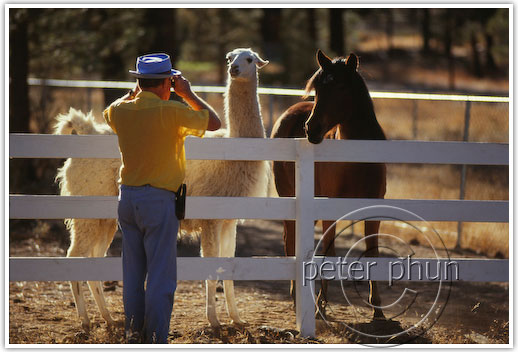 Over the years I’ve been extremely lucky to come across some  winners  and I’ve always had my cameras with me.

Please realize  this was my job and my cameras were never too far away–always in the trunk of my car.

Talent and skill didn’t have as much to do with those pictures as you might think.

It’s just that over time I’ve discovered how to increase my odds  keeping the following in mind:

1. Always have a camera handy

I realize it is impractical to keep an expensive camera in your car all the time.

In my case I had to do so when I worked at the paper.

One thing I learned was to never linger and let anyone see me digging in my trunk for gear.

I would always put everything away when I left the office and I would not open the trunk to display the contents unnecessarily.

Smartphones will work in a pinch but until they give users like me more control, I’m afraid I won’t feel they will take the place of my DSLR.

They have too much of a shutter lag, meaning the shutter is not responsive enough to capture sequences.

Users trying to capture something unrehearsed and spontaneous, will require incredible luck.

If I were in a situation where all I had was my camera phone, I would probably shoot video.

2. Recognize when to shoot a lot of frames.

A very common mistake for beginners is this one: after they take a picture, they quickly hit the “preview” button and look at their image  or “chimp”.

It’s ok to take a look at your picture immediately after but if whatever you’re photographing has a human component and is spontaneous, don’t forget to capture  facial expressions and reactions.

Those are often the story-telling image which can be better than the peak action shot.

3. Learn to recognize your own limitations

When you are looking over your images on your computer,  study your mistakes.

It’s an opportunity for you to know what you are capable of.

If you consistently have camera shake, then you need to see what shutter speed/focal length combination was used in the blurry pictures by studying the EXIF info.

Even with today’s image stabilization technology built into the high end lenses, you need to know what you can realistically get away with.

If you know ahead of time what you’re photographing, pick out the lens and then set the exposure before hand.

That just leaves composing and timing increasing your odds tremendously.

When I worked at the newspaper, I used to drive around looking for  human interest or feature pictures.

Often that meant taking the picture without the subject being aware but it didn’t mean I was sneaking around.

After I took the picture, I had to approach my subjects to get their names.

The newspaper will not publish a picture without a name when the subject is recognizable.

Giving me their names after I identify myself and I explain to them their picture might be used in the newspaper is implied consent.