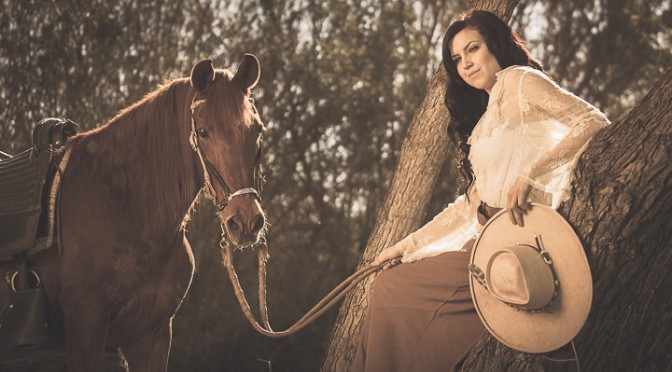 One of the biggest obstacles for any photographer is gathering the various elements of their muse  in one place to photograph.

So when I reached out to my Facebook friend and horse owner Kat Grossman, I had to have some idea of what I wanted.

I knew from my previous encounter to adjust my expectations when photographing horses.

My mantra with horses: they have a mind of their own and you can’t necessarily bribe them.

If you’re lucky, you get to maneuver them into position and they stay.

But definitely don’t count on them to perk their ears up when you want them to.

When I thought of this idea, I had to first psyche myself up. I considered:

All of the above are important.

Depending on how driven and obsessive, and how much of a a control freak (which photographers isn’t?) you are, the order of those bulleted points will change.

As an example, I  had a choice of colors for the horse: Palomino, Black or Red.

I chose red or brown, so Kat brought  Bailador, a Peruvian Paso.

Obviously if I were being hired by someone, I wouldn’t have any say.

Black would have been fine except that color reflects very little light.

So  I might have had to bring the one flash much much closer to pump in more light.

Having a black horse would also impact the exposure on the rider.

If my rider were a fair-skinned or dressed in light clothes, I will surely have a contrast problem.

I expect if that were the case, I might have to light the horse and the rider separately.

In the end, I was lucky to have a model Alexandra who has dark hair with red highlights  instead of, say blonde hair,  because the tones in the picture are quite balanced if you look at  the grayscale picture below.