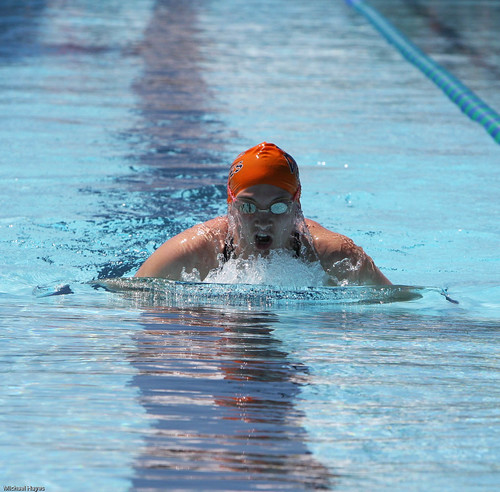 If there were ever a downside to being a former newspaper photographer, it would be the loss of access privileges now that I’m Joe Schmo, freelancer.

If you’re at all interested in sports photographer, you should know that without â€œaccess,â€ your chances of getting good pictures isn’t very good.

Access means you have some sort of credential that allows you to walk around designated areas. Concert photographers know the value of the venerable “Backstage Pass.â€ 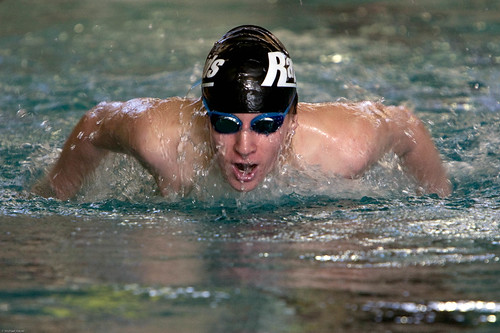 Michael Hayes has aspirations as does my student Bobby Hester to shoot Sports.

It’s probably no coincidence that more guysÂ show an interest in Sports than gals.Â No doubt about this one: gendered-biased.

My good friend Milka Soko is probably the exception.Â

When it comes to soccer, I don’t know anyone who is more interested in soccer than her.

Of these 2 swimming pictures, I like Jackie’s picture shot in daylight better. Color’s better. The quality he can get from the better lighting conditions gives him more options.

The EXIF data from the daylight picture is as follows:

Given the lighting conditions, Michael could have shot at an even higher shutter speed. Equivalent exposure would have been 1/8000 sec @ f4 or between f4< <f5.6. Higher shutter speed gives you more burst rate, shallower depth-of-field.

The picture could be cropped even tighter Â for more impact like the one of Â Taylor taken indoors. Cropping tighter will remove the lane separator in the top right in the background. With the Canon 40D, with â€œQualityâ€ set to Large, you have a lot of pixels, so you can still crop in.

Also consider shooting RAW, if you have Adobe Photoshop, Â when you’re zoomed in all the way and the image still appears small in the viewfinder.Â

This suggestion may slow you down but you will love the quality. Basically what shooting RAW does is like giving ability to zoom some more since you’re using the full 14 Megapixels. Each image is significantly bigger than your Large jpeg.

If at all possible, when shooting the Freestyle, figure out which side the swimmer will surface to breathe. It’s nice to see faces instead of the back of heads. You want to be on the side of the pool where you can see their faces.

This will be an occasional feature on my blog whenever I get requests for a critique.Â Since this is completely voluntary on my part and Michael’s, I felt sharing like this will benefit visitors to this blog. Hopefully I wasn’t too harsh Michael. Thanks for sharing your pictures.